Structural rehabilitation of the Macdonald-Cartier bridge 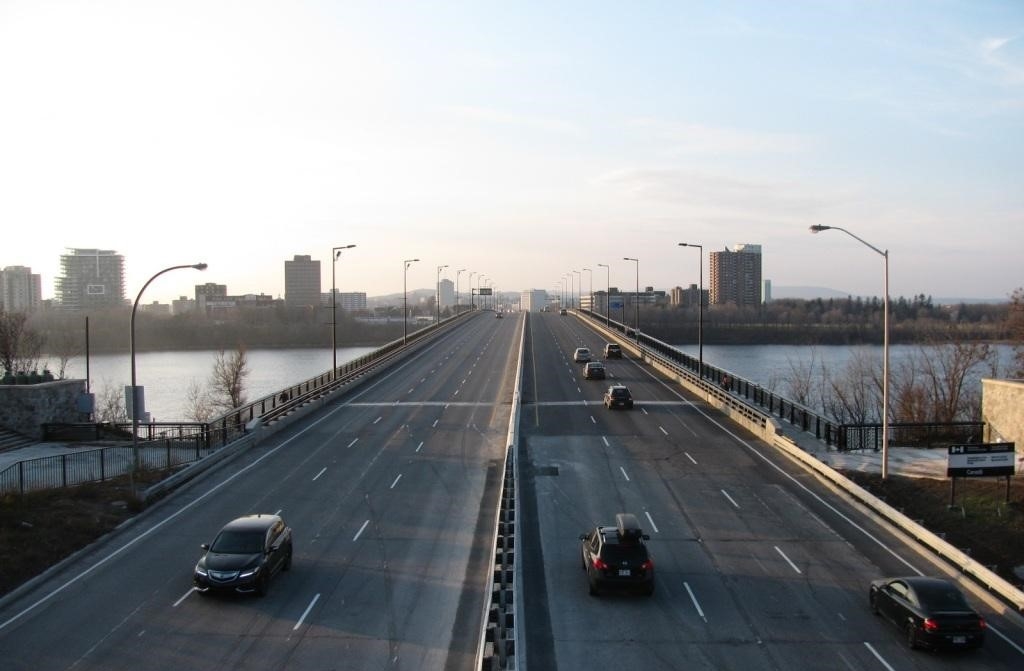 For advance notice of lane closures on the Macdonald-Cartier Bridge, please refer to the Canada News Centre's Media Advisory page.

Information on upcoming lane closures will also be provided to local media via public notices.

Public Services and Procurement Canada (PSPC) is responsible for 17 engineering assets across the country, including the Macdonald-Cartier Bridge, and is carrying out a five-year major capital work plan to ensure they remain safe. As part of this plan, PSPC is proceeding with the seismic retrofit of the bridge and the rehabilitation of deteriorated components.

The Macdonald-Cartier Bridge is a major urban transportation link between the cities of Ottawa, Ontario and Gatineau, Quebec. The bridge was built between 1964 and 1966 and spans the Ottawa River connecting King Edward Avenue in Ottawa to Highway 5 in Gatineau. The structure is the principal inter-provincial bridge in the National Capital Region (NCR) for commuters and commercial vehicles with an average annual daily traffic of 70,000 vehicles.

Scope of the activities

The general scope of work for the Macdonald-Cartier Bridge Project is as follows:

In the fall of 2011, PSPC proceeded with a Request for proposal for an engineering design consultant for the rehabilitation project of the bridge. This process was conducted in a fair, open and transparent manner through the Government Electronic Tendering System.

On January 27, 2012, the Honourable Rona Ambrose, Minister of Public Works and Government Services and Minister for Status of Women, along with John Baird, local Member of Parliament for Ottawa West–Nepean, announced the award of a $1.8-million engineering design contract for the structural rehabilitation of the Macdonald-Cartier Bridge to the joint venture firm MMM Group Limited/CIMA+ SENC of Ottawa, Ontario. The contract was competitively awarded to MMM Group Limited/CIMA+ SENC, who provided engineering design services as well as preparation of construction drawings and specifications for the structural rehabilitation of the bridge.

The construction drawings and specifications were completed in December 2013 and an Invitation to Tender (ITT) was posted on the Government Electronic Tendering System buyandsell.gc.ca in January 2014.

On February 21, 2014, PSPC announced the awarding of a $32.1-million contract to Pomerleau Inc. of Montreal for the rehabilitation of the Macdonald-Cartier Bridge.

Construction started in April 2014 and will be substantially complete in December 2015. Some minor finishing work will be completed in spring 2016. Project closure is scheduled for summer 2016.

If you would like to obtain more information, please contact Public Services and Procurement Canada's Real Property Branch.