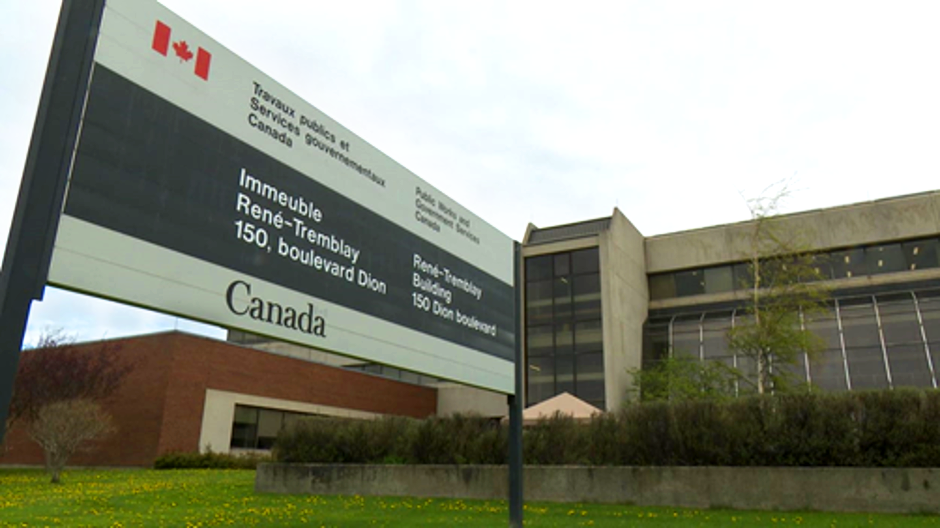 Employees at the Receiver General operations in Matane, Quebec, went back to work in April facing a mounting backlog of emergency aid payments in what’s become a trial run for how federal jobs will change in a post-pandemic workplace.

The 100 employees at the Imaging and Receiver General Operations Directorate were among the first at PSPC to re-launch workplace operations since sweeping shut-down orders were issued in mid-March to battle COVID-19.

“We are the first to resume work operations and bring people back. We are making the path and I would like to be the example of how to do it, rather than how not to do it,” said Martin Couture, the directorate’s Director General.

Matane’s return is a test drive for the new normal or what Couture calls a “cultural change” that had to happen quickly.

David Paquette, a project manager who worked on the return-to-work plan, said the office’s social-distancing layout and reconfigured space, which now fits 50% fewer employees, were “visually shocking” at first.

“But I was relieved, after the initial shock, that I can come to work confident I am not putting my health in jeopardy or stress over wondering whether I am a vector for contamination,” said Paquette. “Everyone quickly realized this was the way we could function and get back to a sense of normalcy in the building.”

A team of employee and management representatives, in consultation with Labour Relations and local unions, along with Health Canada and provincial health and safety officials, put together a back-to-work plan to adapt the office space to respect physical distancing and day-to-day operations, as well general life around the office.

Decisions were made around who came back to the office, who worked from home and what business processes had to change to keep people safe while improving efficiency. The Receiver General shares the building with the government’s document-imaging services and there are still about 200 people working remotely for whom there is no longer room. This means processes must be re-designed so more can work from home. This is an unprecedented opportunity to rethink the way we do our work and to actively participate in the evolution of the workplace at PSPC.

The Receiver General is the government’s treasurer and accountant. It tracks a trillion dollars a year in cash flow; processing and validating all funds coming in and going out of government accounts to catch errors, fraud or abuse.

Federal payments were still issued during the shutdown, including emergency benefits to help Canadians with pandemic losses. The vast majority of Canadians get their payments through direct deposit. The paper cheques issued for the rest of Canadians accumulated in a backlog by the time employees returned to work. That backlog, however, was eliminated by the end of June.

But the Canada Emergency Wage Subsidy program, which covers up to 75% of payroll for eligible businesses, was a new ballgame. Those larger payments were a priority and needed employees back at the workplace to handle them so banks wouldn’t hold the funds and delay the flow of cash to Canadians.

Couture said he’s braced for 20 million payments over two months as the new wage subsidy kicks in, which is the equivalent of two thirds of a year’s worth of work. 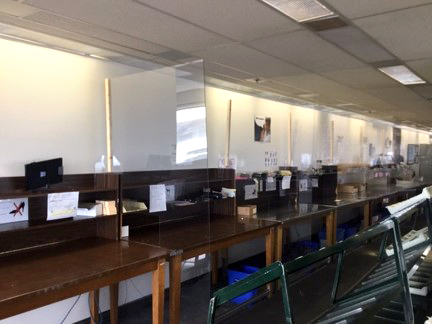 The work done on every floor, by every team, was studied to see how it could be done more safely, with as few steps as possible under the new reality. Efforts were also made to use less paper, have minimal contact between workers and reduce the touching of surfaces.

Paquette argued communication was the key. Once employees understood what was behind the changes, they embraced keeping each other safe as their responsibility, not as an inconvenience.

The biggest risks to manage were physical distancing and limiting the exposure to frequently touched surfaces: door knobs, handles, buttons, drinking fountains, taps, printers, screens, desks, even the mail bags and boxes that documents arrive in for processing. Paquette said they hit an occasional “showstopper” like discovering that rerouting a floor’s traffic patterns put too many people through doors that had to be manually pushed open.

The new routine is now established and begins when workers arrive. They line up outside two metres apart to enter one by one. Then they wash hands and show ID badges to commissionaires who closely track those in the building so contacts can be traced should someone become infected.

The work floor is dominated by massive imaging machines that scan hundreds of pages a minute. Employees, once clustered around long tables to prep and sort documents for scanning, now stay six feet apart, separated by plexiglass barriers and surrounded by hand-washing stations.

No more than one person is allowed in the bathroom and lights must be turned off upon leaving so the next person knows the bathroom is empty. Soap dispensers and taps are now motion or pedal-activated. Eventually, the most frequently used doors in the building will open electronically with touchless ID cards or motion detectors.

But work is also social and Couture said the biggest challenge was segregating employees during breaks and lunch. Seats were removed in the cafeteria to keep people apart and staggered lunch and break times were introduced.

Employees were the ones, however, who flagged the risks of an unexpected increase in food takeout now that people were eating at their desks and seating in the cafeteria was capped.

“We now had all these people gathering downstairs at main entrance, exchanging food and money, and we had no way to manage all this movement that came from the outside. It flew under the radar,” said Paquette.

The risk was quickly dealt with by moving the exchange outdoors at glass-protected tables where employees picked up their food orders. No cash, all orders are pre-paid electronically, with sanitizer to clean hands and wipe down packages.

“Right now, it’s going so well and everyone is pretty happy with how things have been put in place, as drastic as they first appeared,” said Paquette. “But we have to remain alert for areas where we can still improve. We can’t fall asleep at the switch.”