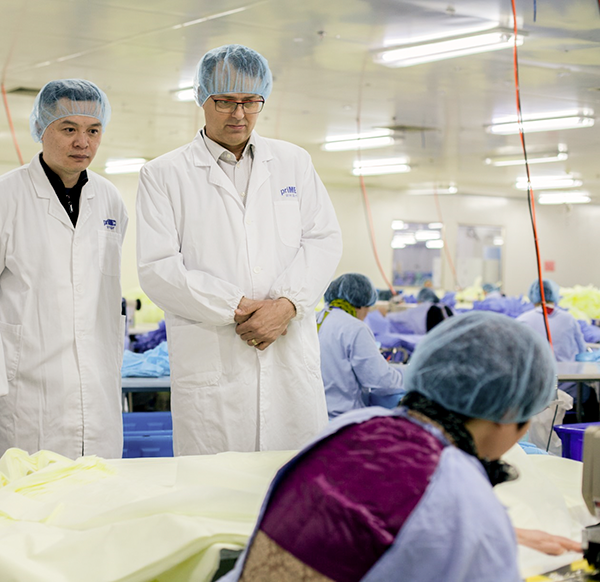 Ask David Welsh, President and Chief Executive Officer (CEO) of PRI-MED, what the past few months have been like as leader of Canada’s primary supplier of personal protective equipment (PPE), and he hesitates for a few seconds.

“Everything is a bit of a blur right now,” he says.

The work days have been exhaustingly long, and the demands astronomically high.

The COVID-19 story for the 25-year-old Edmonton-based company began in January in China, where it owns three manufacturing plants.

The three factories were closed on January 24 for the start of Chinese New Year. It was the same day that Chinese health authorities announced the first death from COVID-19 outside of Hubei province, the country’s virus hot spot. At that point, the Chinese had 830 confirmed cases and 25 deaths.

PRI-MED’s factories are all outside Hubei province, which is one of the primary centres in China for the production of PPE and related products.

For PRI-MED’s 900-plus employees, the week-long New Year holiday would last one day.

“We were asked by the Chinese government to reopen and start manufacturing face masks,” recalls Welsh. “Normally, we don’t sell to the Chinese market, but we helped by providing them with about 30 million face masks.”

Because of the timing of the COVID-19 spread and PRI-MED’s early start, the company was one of the first, if not the first, in the world to implement measures to protect staff from the virus. These included the factories being secured, employee temperature checks, internal physical distancing measures and staggered lunch breaks.

“I am happy to say that not one employee at any of our three plants has contracted the virus,” says Welsh.

For about the next six weeks, China was locked down, making exporting from the country impossible, but the factories kept producing and supplying product for the local efforts to combat the outbreak within China.

“We had built up quite a stockpile of masks,” says Welsh, “so as soon as the border opened, we had massive amounts of product to move to Canada and the rest of our partners around the world. We are the primary supplier of PPE to Canadian health care, so our first concern was to meet those customers’ needs. And that need was ramping up rapidly.”

It was fortunate that the demand related to COVID-19 came during the mid-winter when PRI-MED’s warehouses are typically well-stocked.

“There is always a demand for PPE during the flu season,” adds Welsh, “so we always come into January with our inventories in Canada at very high levels.”

PRI-MED has warehouses in Vancouver, Edmonton and Toronto with distribution partners elsewhere across the country.

“There is always a demand for PPE during the flu season, so we always come into January with our inventories in Canada at very high levels.”

As Canadian demand began to grow during the pandemic, PRI-MED expanded its manufacturing capacity in China and, in late March, agreed to supply the federal government with millions of pieces of PPE.

The quantities are impressive: thousands of coveralls and millions of gloves, gowns and surgical masks.

The entire federal order is scheduled to be filled by the fall, with the coverall and mask requirements almost complete.

Beyond its own manufacturing capacity, the company’s long-time relationships with the Chinese manufacturing community has enabled it to source additional material from Chinese partners.

Producing and distributing such massive amounts of surgical product is logistically complex.

“Normally, we don’t have to deal with people overbuying, depleting our inventories and causing shortages for others,” says Welsh. “But in this situation, if we allowed a first-come-first-served situation, we would make a mess of our supply chain. People would buy 50 times their normal volume. We could probably sell our entire Canadian inventory to one health region.” 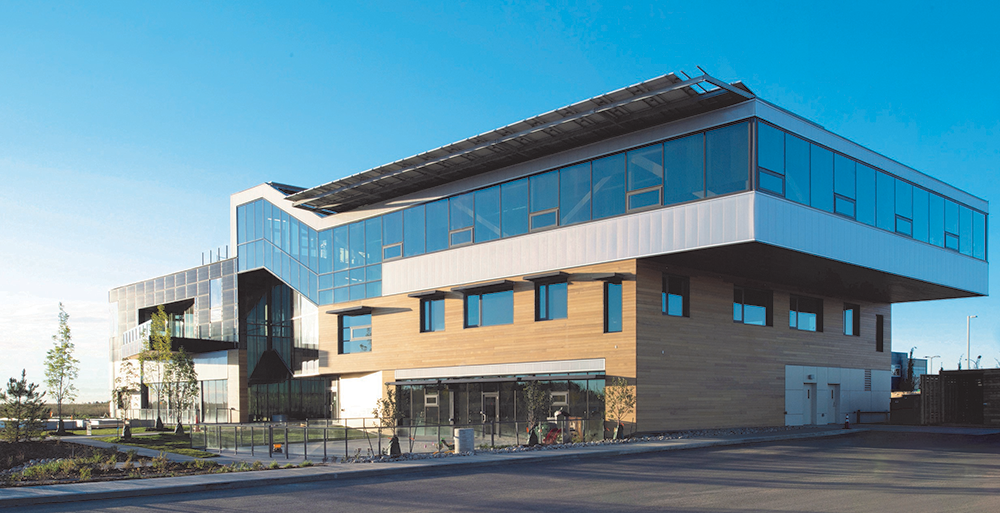 PRI-MED focused on delivery to its acute health care customers in support of efforts to fight COVID-19.

“We have a big responsibility in serving Canadian acute care facilities,” he adds. “So we had to pull back from anyone who wasn’t a front-line health care worker.”

Welsh estimates that if PRI-MED, which has customers across the globe, could increase its output 100 fold, it would sell it all.

“They are completely bilingual,” says Welsh, “and at the height of this crisis, I would be on the phone with them many times throughout the day and night as they made their way through all these challenges. They are absolute experts at what they do and a core part of who we are.”