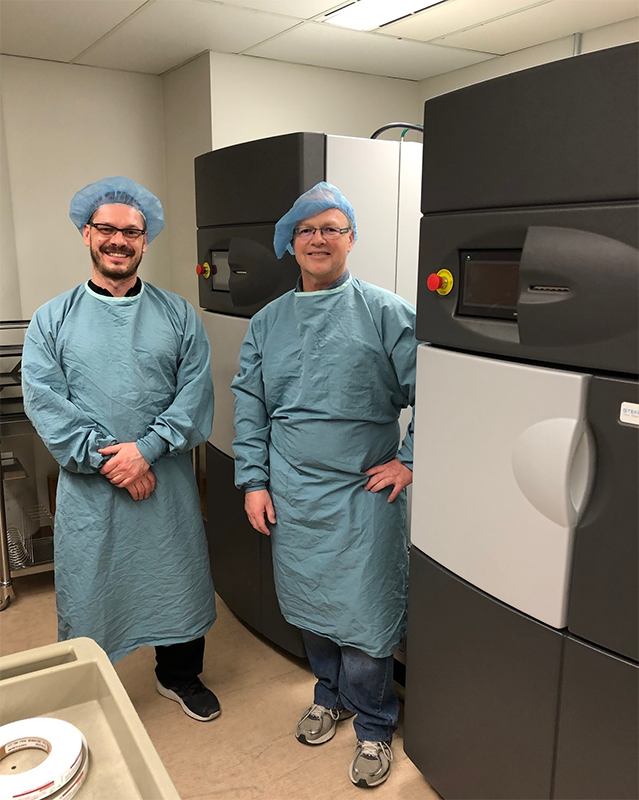 In March, when the COVID-19 pandemic was beginning to spread across Canada, there was a chronic shortage of N-95 masks for frontline health care workers.

The shortage, widely reported by news media, was exacerbated because the masks had to be disposed of after one use.

For the research and development team at the Québec city manufacturer, TSO3, a subsidiary of the Ontario medical technology company Stryker, it was a critical problem in need of an urgent solution. So they began experimenting with their sterilizer, commonly used in hospitals for decontaminating medical instruments.

Almost simultaneously, two Quebec hospitals contacted TS03 to ask the same question that the research and development team was asking: Can you sterilize N-95 face masks so we can use them more than once?

TS03 quickly emerged with at least a partial solution: use their existing technology to sterilize and decontaminate the masks so they can be used more than once, or more specifically, used three times.

Stryker had sifted through some medical literature and discovered that sterilizing N-95 masks had never been attempted, likely because it had never been necessary to try.

But even increasing mask usage from one time to three during a shortage was, and is, a game changer. 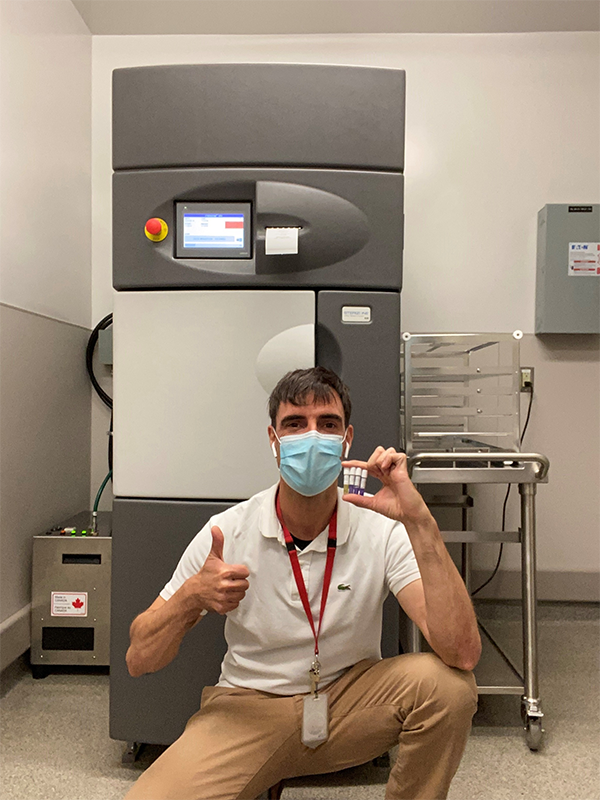 Stryker submitted a regulatory request for approval of the sterilizing process to the federal government on a Thursday and the approval came on the following Saturday, less than three days later.

“Health Canada moved extremely quickly,” said Stryker’s Senior Director of Government Affairs, Lindsay Williams. “The next day, we had a call from Health Canada and Innovation and Science and Economic Development Canada officials basically so they could ask questions: Do you have any stock of these machines in Canada? How quickly can you get them out to Canadian hospitals?”

The Quebec-manufactured Sterizone VP4 uses vaporized hydrogen peroxide and ozone, in a multiphase process, at low temperature. The sterilization cycle takes one hour.

A deal was reached for Stryker to sell the government all its existing stock of the refrigerator-size Sterizone VP4 sterilizers and produce more units for use in hospitals across the country.

A limit of two cleanings

According to Lindsay Williams, the N-95 masks can only be decontaminated twice because after two sterilization cycles, the elastic band that wraps around the head begins to degrade. Otherwise, the mask itself could be decontaminated several more times.

“The quality of the elastic is what caused us to decide to only recommend, and for Health Canada to approve, two cycles,” she said.

It takes Stryker technicians two or three days to install each sterilizer. The company has also established ongoing virtual training for hospital staff who use the machine.

Delivery of the units hasn’t been without the occasional adventure, says Williams. 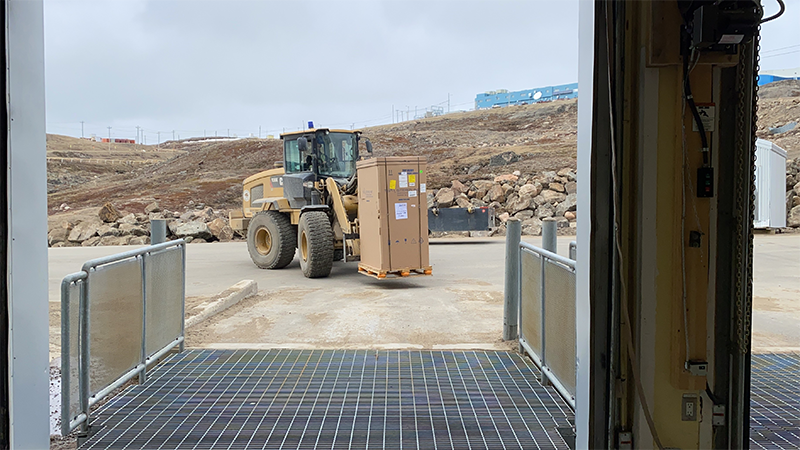 A Stryker sterilizer arrives in Iqaluit at the Qikiqtani General Hospital’s loading bay.

“One of the more interesting installations was in Iqaluit. This device is delicate. It has many parts and weighs about 1,200 pounds, but had never been flown anywhere before. It was finally delivered into the hospital bay by a front-end loader but fortunately everything went smoothly.”

The Government of Canada contract enabled Stryker to recall TS03’s 36 employees who had been furloughed in the wake of the COVID outbreak.

The U.S. Food and Drug Administration followed suit and has also approved the units for mask sterilization, which is good news for employees at the Québec city manufacturing plant, who will be busy for the foreseeable future.