The Project Management Institute (PMI) has honoured Public Services and Procurement Canada (PSPC) for its management of a major infrastructure project: the rehabilitation of Parliament Hill in Ottawa, Ontario. 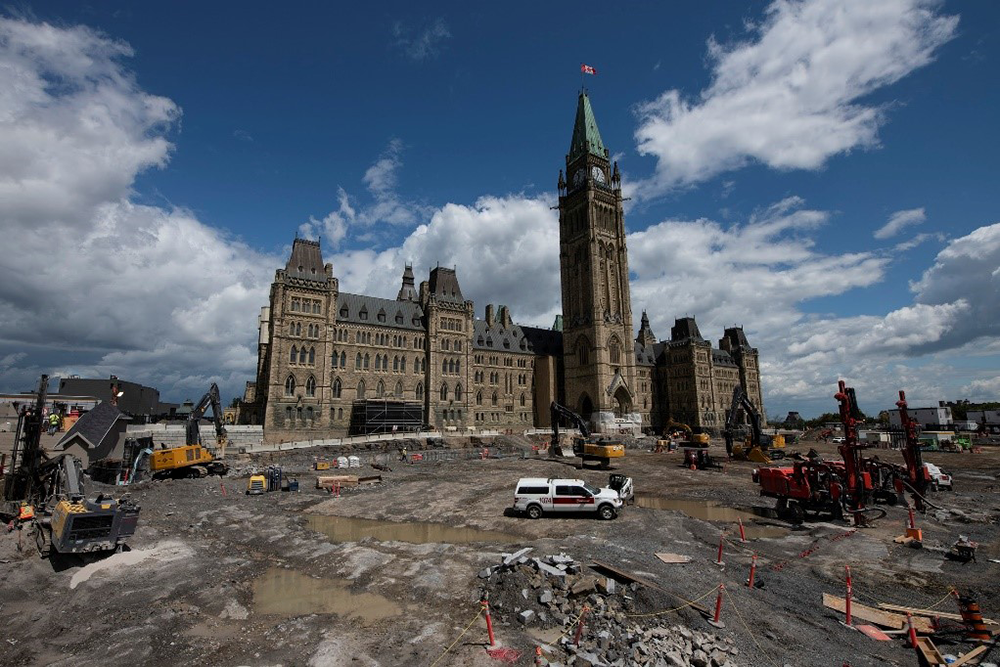 The Centre Block on Parliament Hill in Ottawa, Ontario.

PSPC now joins the list of this year’s PMI Most Influential Projects, placing it number one in Canada and seventh in North America.

Two other infrastructure projects where PSPC was actively involved also made the PMI list: the new Samuel De Champlain Bridge in Montréal, Quebec, and the Randle Reef remediation project in Hamilton, Ontario.

The multi-building Parliament Hill project is the largest restoration ever undertaken in Canada. The restored West Block, which includes the interim House of Commons, reopened in January 2019, and the new Senate of Canada Building opened in December 2018. Construction in and around the Centre Block and the East Block is currently underway.

PMI praised the Parliamentary Precinct project for its unique vision and dedication to balancing the need to modernize with the importance of conserving the historical integrity of the project.

PMI is a not-for-profit professional membership association for the project management profession. It is recognized for its standards, certification program, and extensive academic and market research programs.

In honouring the rehabilitation project, PMI has added to a growing list of achievements recognizing the department’s efforts to restore and modernize the Parliamentary Precinct. The work has previously been honoured in the areas of architectural excellence, sustainability and heritage conservation.