The National Flag of Canada, known around the world as the “Maple Leaf,” has been a symbol of Canada and Canadians since it was first officially flown on Parliament Hill February 15, 1965 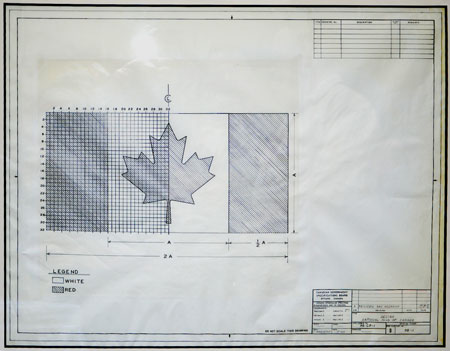 The flag’s distinctiveness is so well known that the design of a central white space as a backdrop for a symbol is commonly known as the “Canadian pale.” But did you know that nearly all of the Canadian flags that fly from a federal government building must conform to stringent standards created by the Canadian General Standards Board (CGSB)?

In fact, the CGSB is responsible for ensuring that every national flag flown proudly by the Government of Canada meet the standards requirements and stands up to the test.

The story of the great flag debate and how Canada chose its national flag is famous, but less well known is the story of what happened after the Maple Leaf was unveiled. Within weeks of the flag's debut in 1964 there were issues with the colours. The red parts sections were “bleeding” into the white, and then began to fade from red to pink and then to a dull orange. Something had to be done — standards were needed!

So, next time you’re walking by a Government of Canada building, take a moment to look at those magnificent flags and take pride knowing that they are all up to standard… our Canadian standard!