The Phoenix pay system has caused frustrating and challenging pay issues for employees across the country. With close to 100,000 requests submitted every month for pay adjustments such as actings, new hires, terminations, and transfers between departments, problems arise. Many of these requests are processed automatically when submitted in advance and on time. However, late submissions require time-consuming and complex manual processing by a compensation advisor. This results in processing delays and a growing backlog of unprocessed pay requests.

The key phrase to remember with Phoenix is: timing matters. You can help prevent new pay issues by taking 3 simple actions:

Watch the video to learn more about how new pay issues can be prevented.

Experiencing problems with your pay

We have many resources available that employees can download or print such as posters and an electronic pop-up. You can view these resources on the Communications toolbox page. 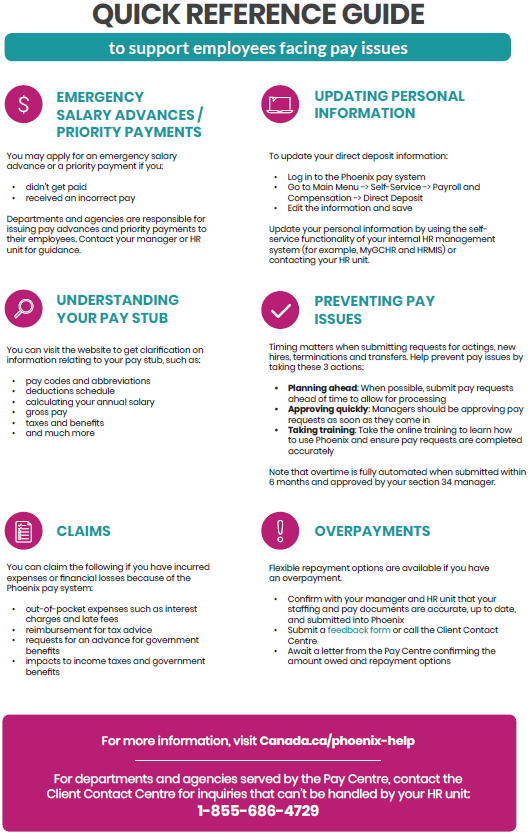 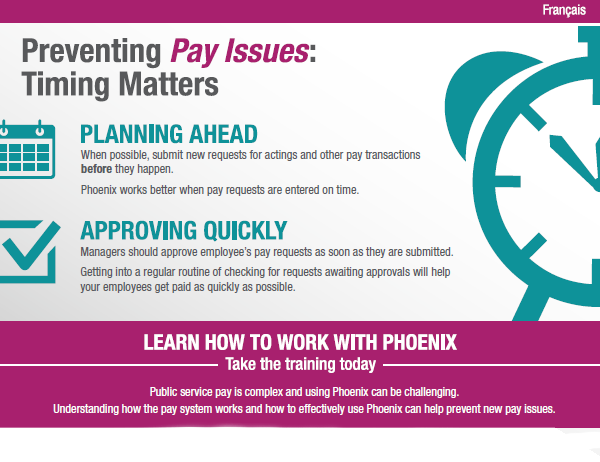 Read up on helpful information about your pay system

Experiencing problems with your pay

Getting started with Phoenix self-service