The pay issues currently being experienced by public servants are unacceptable, and we are working tirelessly at all levels to resolve them. To that end, the Public Service Pay Dashboard has been redesigned to better track the progress being made in ensuring that public servants are paid accurately and on time.

Review the May 2022 dashboard

Financial transactions beyond the Pay Centre's normal workload since 2018

The following graph represents the backlog of financial transactions waiting to be processed at the Public Service Pay Centre. It shows the overall downward trend since January 2018, from 384,000 to 164,000, as of May 25, 2022. Note that these figures exclude 80,000 transactions that are considered to be part of the normal workload. 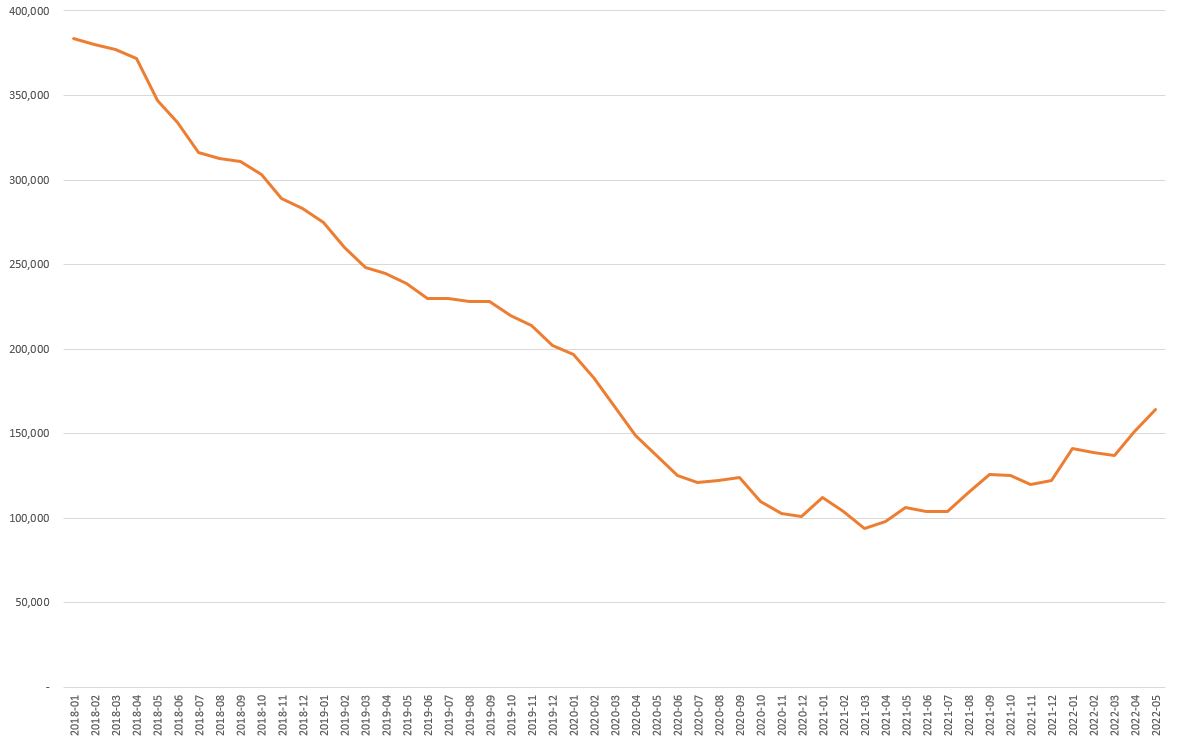 The number of financial transactions received from departments and agencies served by the Public Service Pay Centre varies each month. These variations are primarily due to seasonal trends. For instance, the months leading to the start of summer and fall usually consist of higher volumes of student and casual hiring, acting appointments, and employees returning from leave. The number of transactions processed monthly also varies based on different factors, such as the complexity of cases, collective agreement implementation requirements, and seasonal trends. Therefore, as we can see in the previous graph, large reductions in the number of financial transactions waiting to be processed at the Pay Centre will, at times, be followed by a smaller decrease or even increases. 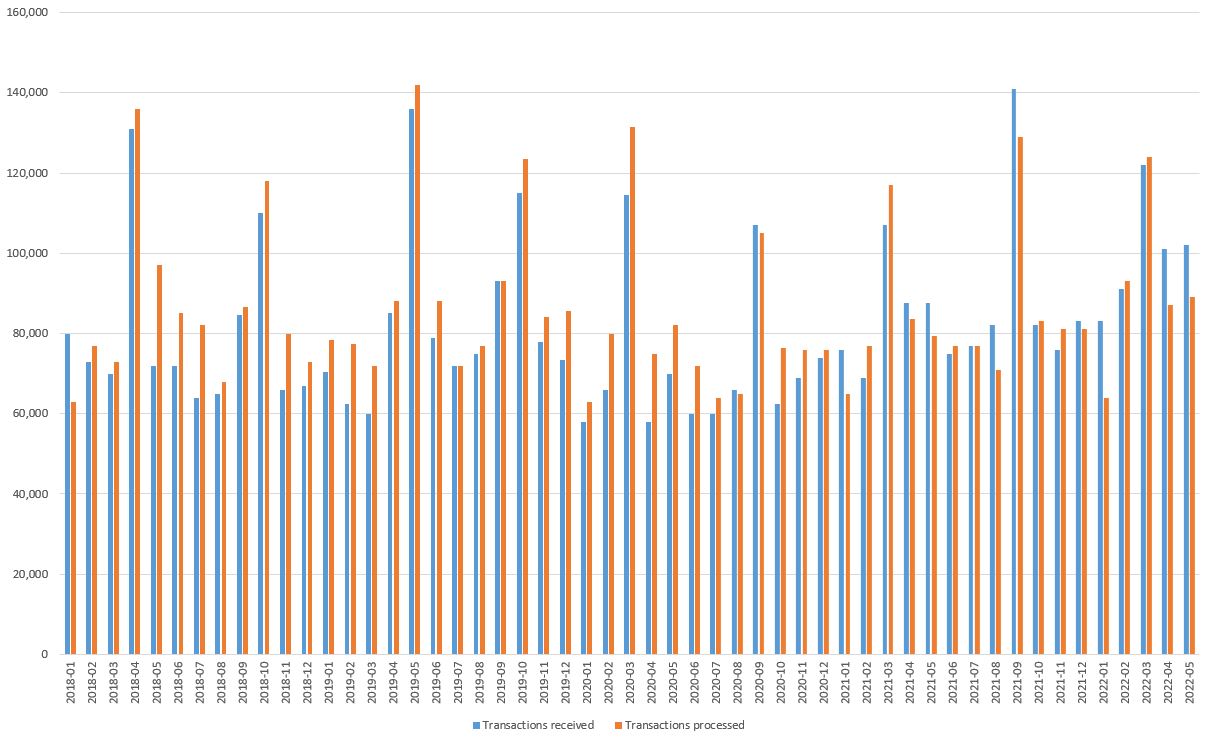 Datasets for the Public Service Pay Centre update are available via the Open Government Portal.

Thank you for your feedback