Use this pay calendar to find paydays by month for federal public service employees. 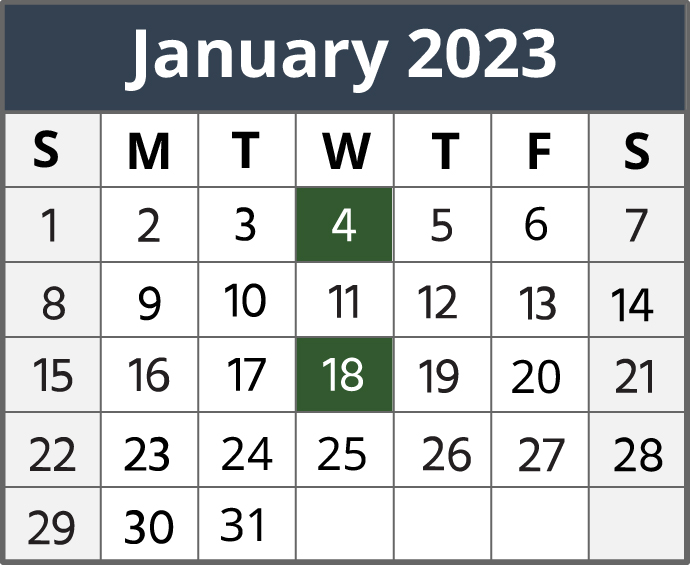 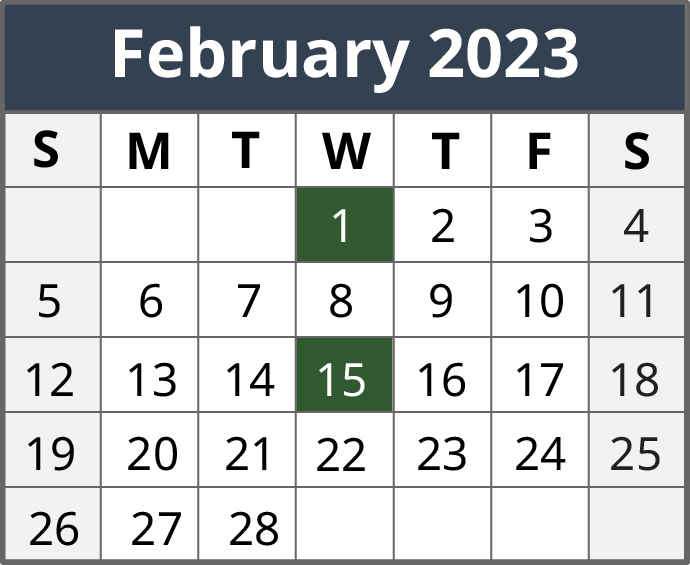 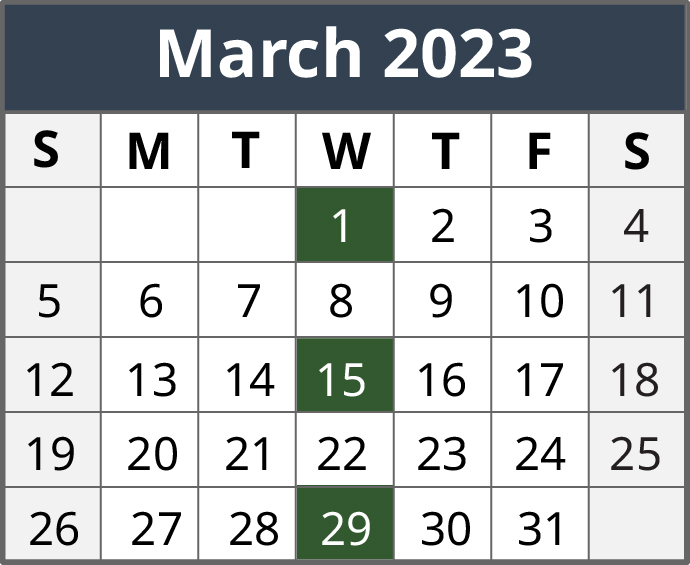 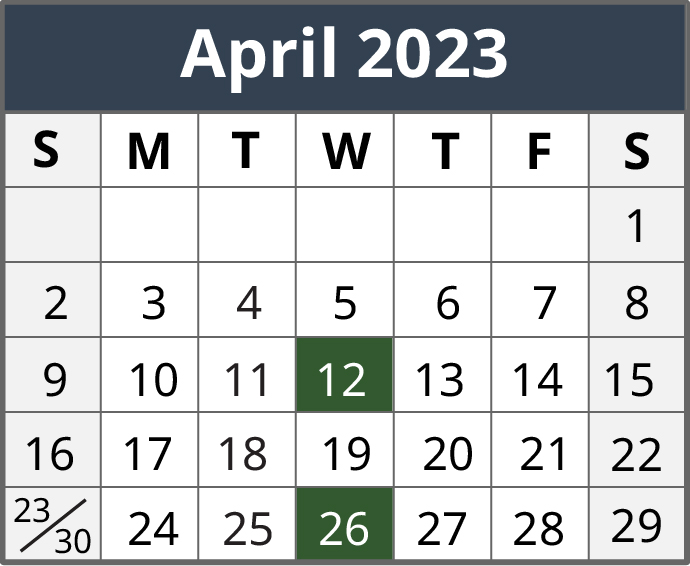 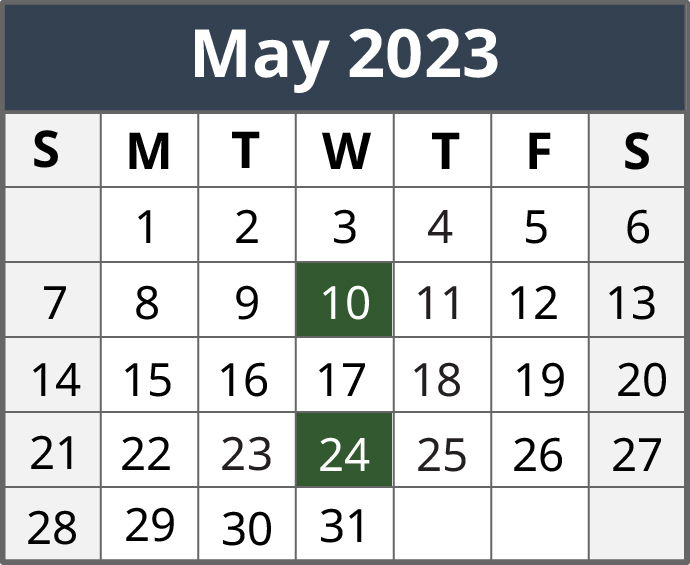 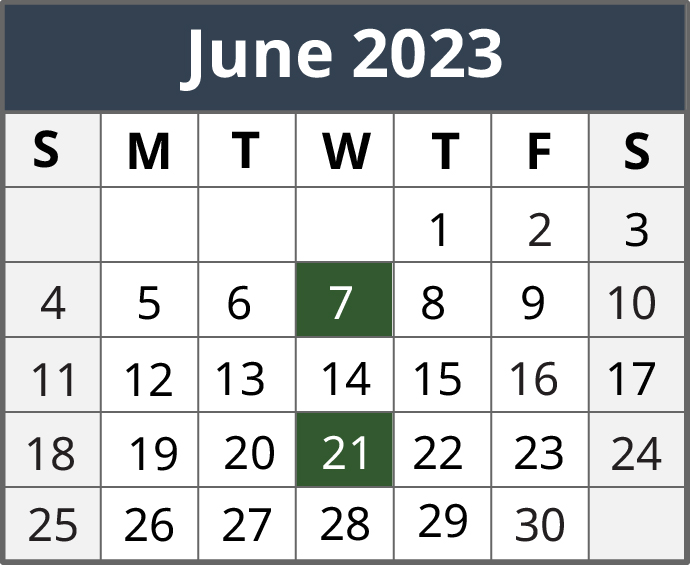 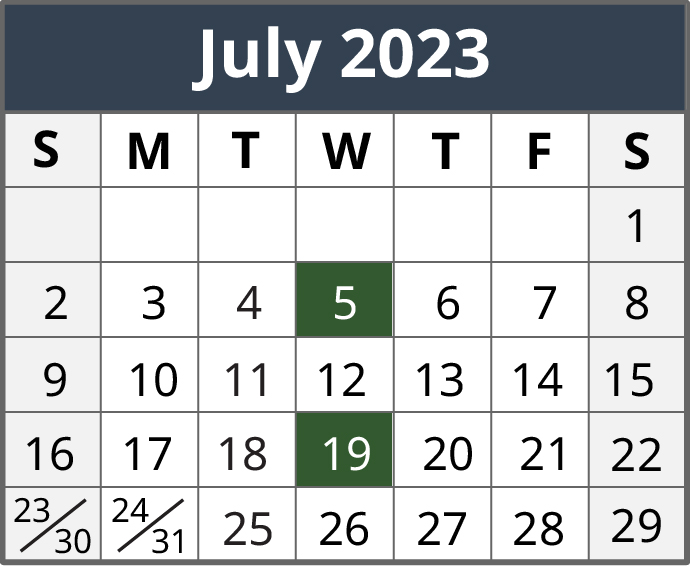 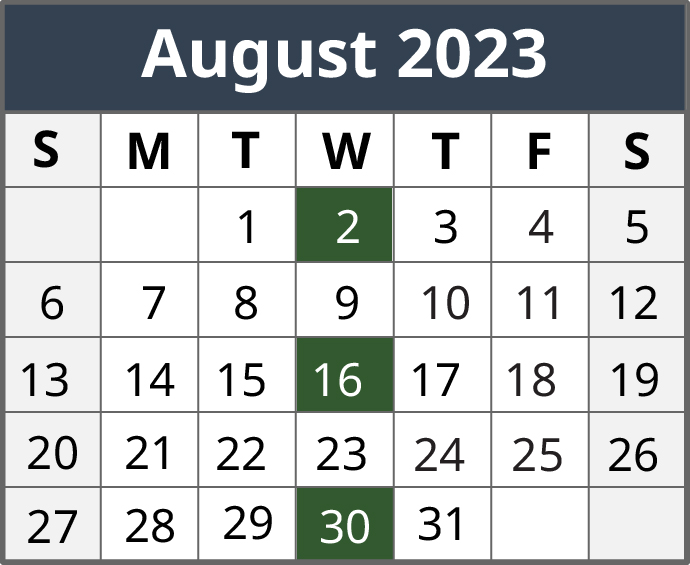 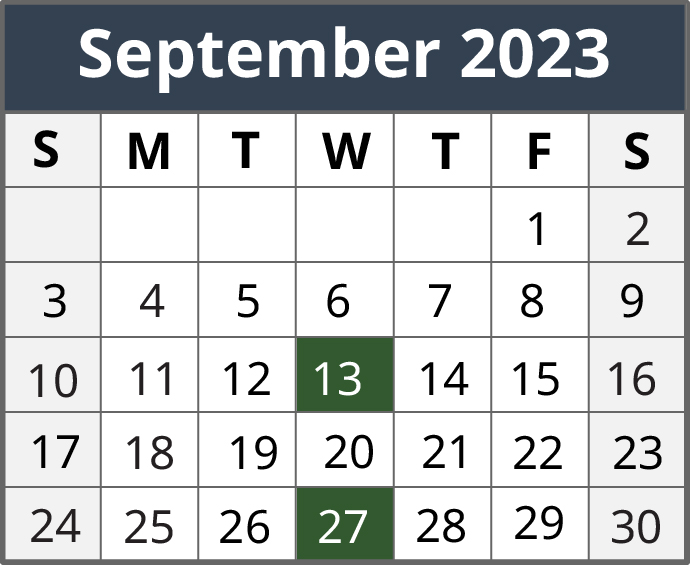 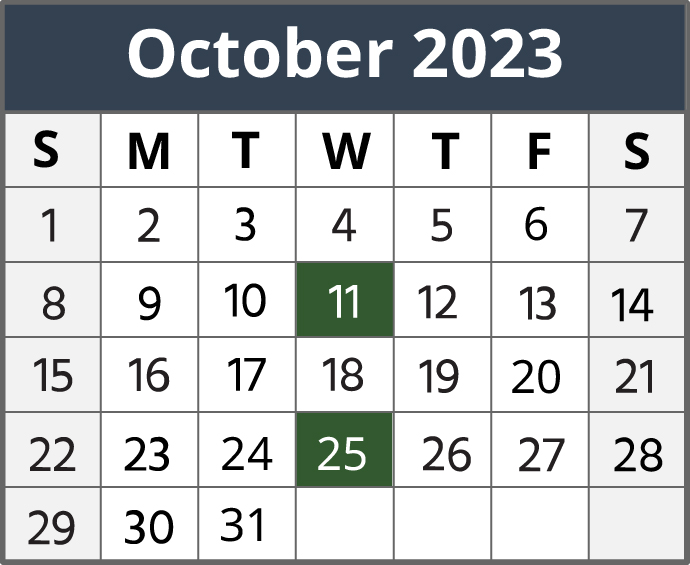 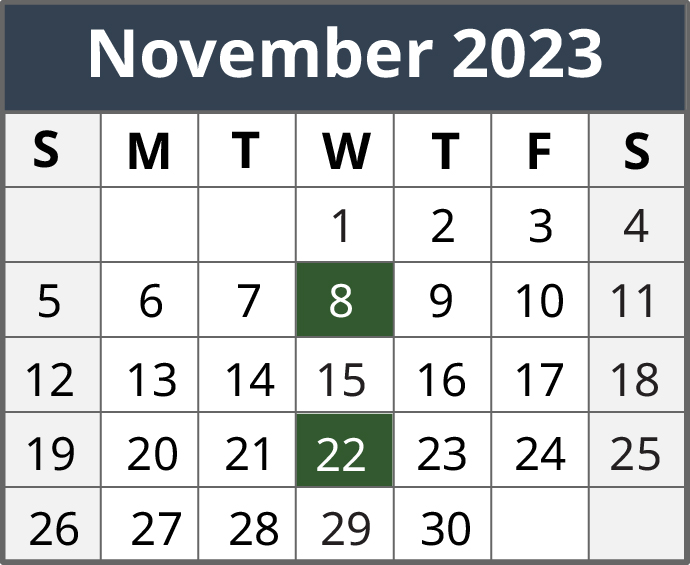 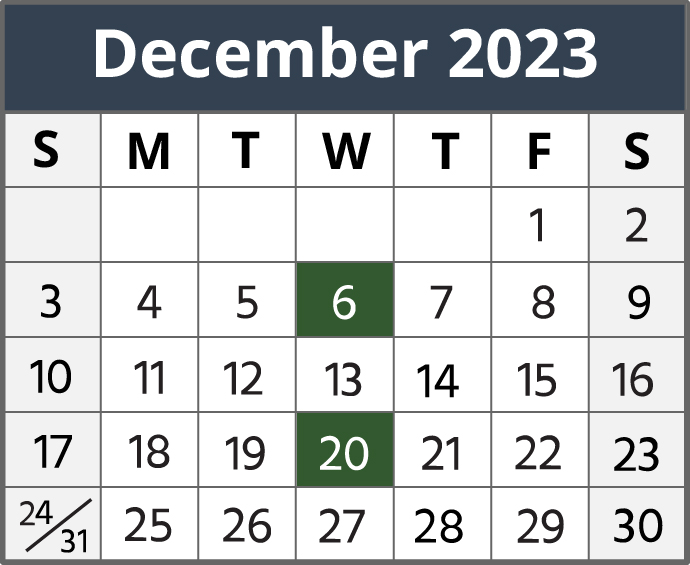 How pay periods and paydays work

Paydays are every 2 weeks, on Wednesdays.

On a payday, you are getting paid for the pay period that ended 2 weeks before. This is called payment in arrears.

Pay periods are 10 weekdays. They start on the Thursday after a payday, and end on the Wednesday 2 weeks later (on the payday).

The payday for a specific pay period is 2 weeks after the end of that pay period.

To find out when you will get paid for a specific work day:

If you have not received any pay within the first 4 weeks of starting work, you should discuss the situation with your manager and can request an emergency salary advance if needed.

Example of a pay period

The example pay period consists of 10 consecutive weekdays, from Thursday the 2nd to Wednesday the 15th. Weekends are not counted, but statutory holidays are.

The payday for this pay period is 2 weeks later, on Wednesday the 29th.